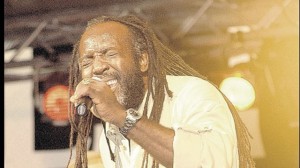 DESPITE worldwide panic concerning the Ebola virus in west Africa, Freddie McGregor intends to honour a November 29 date in the east African country of Kenya.

According to the veteran singer, pulling out due to paranoia would be unprofessional.

“If you sign a contract, you must be man enough to live up to it, unless it’s an act of God or sickness, honour and respect the promoter. They are taking a chance putting their money out there. They treat you like kings and queens,” he said,

With over 3,000 deaths in West Africa resulting from Ebola, McGregor stressed he would not be visiting that region at this time. However, he pointed to double standards in how reggae acts going to Africa are being covered by local media.

“What if the artistes coming down for Soul in the Sun (Rhythm and Blues show in Montego Bay) should say, ‘we can’t come again to Jamaica because we hear that there is an outbreak of chik-V there?’ Imagine all that money the promoters have spent,” he said.

McGregor is referring to the chikungunya virus that has swept Jamaica in the last six weeks, leaving hundreds of people sick.

However, he agrees with the warning issued by Health Minister Dr Fenton Ferguson, that artistes should stay away from Ebola-affected areas.

But he believes care must be taken not to offend African promoters who have stood by reggae artistes in lean times.

“Africa is one of the biggest markets for reggae. My fear is that they will ruin the marketplace for the rest of us. They don’t get the kind of money in the US that they get in Africa, so how can we burn that?” he asked.

He has visited the continent several times since.