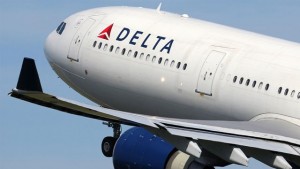 A Delta Air Lines flight was forced to make a U-turn over the Atlantic Ocean after the pilots discovered there was an issue with the fuel.

Newsweek was the first to report the news.

Instead, the plane turned around over the Atlantic and returned to New York, according to the report.

A Delta spokesperson confirmed the incident to Insider. A representative for the airline told Newsweek the plane flew back to JFK “out of an abundance of caution due to a fuel imbalance in-flight.”

A fuel imbalance is when the amount of fuel between the left and right fuel tanks in aircraft wings is unequal, according to Boeing.

“An emergency was declared on arrival at JFK to obtain priority handling from air traffic control,” the Delta representative told Newsweek. The flight landed in New York safely, and the passengers disembarked the plane, the person added.

Arieh Smith, a YouTuber who was on the flight, uploaded a video in which he said the plane turned around about two hours into the flight.

“I see the captain come down the aisle and start looking out the window at the wing of the plane,” Smith said in the video, adding that the captain then told passengers the plane had a fuel issue that meant it had to return to New York.

Smith, who has more than 5 million YouTube followers, described it as “the scariest day of my life.”

After the plane landed in New York, Smith recorded himself peering into the plane’s cockpit and talking to the pilots, who told him in the video: “We were not able to automatically or manually balance the fuel, so we could not continue the flight.”

Smith didn’t immediately respond to a request for comment from Insider.

Fuel problems in aircraft aren’t unheard of. Last week, a Qantas Airways plane came close to running out of fuel on approach to the Australian city of Perth, prompting the crew to declare an emergency for priority landing.