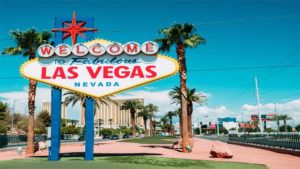 At least 11 healthcare workers, eight of whom were fully vaccinated, tested positive for COVID-19 after attending a pool party in Las Vegas in on June 7, the Las Vegas Review-Journal reported, citing emails from the local health district.

At least 10 of the 11 people caught the highly infectious Delta coronavirus variant, according to the emails from the Southern Nevada Health District obtained by the Brown Institute for Media Innovation and shared with the newspaper.

Todd Sklamberg, the CEO of Sunrise Hospital and Medical Center, where the people worked, told the Review-Journal that the source of the outbreak was “an off-site private party” on June 7.

Sklamberg said the workers had symptoms similar to allergies or the common cold and chose to get tested. They self-isolated, and they didn’t spread the virus to anyone else, a preliminary investigation requested by the health district found, the Review-Journal report said.

Eight of the 11 workers were fully vaccinated, two had received one dose of a vaccine, and one was unvaccinated, the Review-Journal reported, citing the emails.

It wasn’t clear from the report which COVID-19 vaccines the workers had received.

Stephanie Bethel, a representative for the health district, told the Review-Journal the investigation found that the COVID-19 vaccines given to the health workers had been properly stored and administered. No vaccine is 100% effective, and breakthrough infections were expected, she added.

The Delta variant is now dominant in the US, representing about 80% of new COVID-19 infections in Nevada.

Real-world data from the UK has indicated that Pfizer’s vaccine, for example, is 33% effective in preventing symptomatic illness caused by the Delta variant after one dose and 88% effective after two doses.

It’s hard to tell how many vaccinated Americans are getting infected with Delta because on May 1 the Centers for Disease Control and Prevention stopped monitoring most reported cases among vaccinated people, focusing on cases resulting in hospitalization or death. The CDC’s data wouldn’t have picked up the cases among the Las Vegas health workers.

Brian Labus, an assistant professor in epidemiology at the University of Nevada School of Public Health, told the Review-Journal that getting the vaccine was like wearing a seat belt.

“Just because there’s the occasional death of somebody who is … wearing the seat belt when the car crash occurs doesn’t mean you shouldn’t wear a seat belt,” he said. “It’s going to protect most people for the most part.”