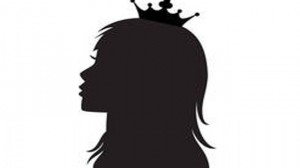 Widely regarded as the Ms Teen World Pageant of the Caribbean, stunning teenaged beauties from across the region will contest for the 2014 Haynes Smith Miss Caribbean Talented Teen Title. A total of eleven (11) Caribbean countries have been confirmed to participate in the upcoming 35th annual production of the most prestigious pageant of its kind in the world , slated to take place on December 30th at Carnival Village Basseterre St.Kitts.

According to newly appointed Chairperson of the Haynes Smith Miss Caribbean Teen Pageant , Mrs. Akilah Byron Nisbett, preparations leading up to the pageant are going well.
“This is my first year as the Chairperson of the Haynes Smith Miss Caribbean Talented Teen Pageant but I have been with the committee for close to 17 years. I have been working as the Contestant Coordinator for the last couple years so now it’s a new role, new post but i’m up to the challenge,” Nisbett said in an interview with local media.
Nisbett said much is in store for this year’s pageant which will be held at Carnival City in Basseterre.
“Well I’ll say this much, as you know over the years, Haynes Smith tends to do things different so each year, we try to introduce a new element, something different to pageantry and this year, it’s definitely going to be a difference for our 35th anniversary. We just feel like it’s time to shake up pageantry a bit. And so, we’re going to do that this year,” she explained.
The local organizing Haynes Smith committee used a first come first serve criteria, in selecting this years contestants as there was interest shown by well over the 11 countries that have been announced. The successfully selected countries submitted what was requested of them from the committee based on the contracts signed to between the two parties.
The committee looked at all applications and a number of things were considered in deciding the final eleven including meeting application deadline requirements and participation in qualifying shows in the respective countries.

They also scrutinized the talent, that is, the standard of the talent of each contestant. Most of the contestants would have entered local shows in their respective countries in order to be qualified to participate in the Haynes Smith show. So all if not most were monitored through the year and now the show is the grand finale where they would have to come up against their counterparts from throughout the region.

The Haynes Smith Committee official addressed the successful longevity of the pageant.

According to Mr.Antonio Maynard, Immediate Past Chairman of the Committee, “We are proud to be celebrating the 35th year. I think the commitment and loyalty of all members involved and most of them have been involved for many years have contributed to the longevity of the pageant over the years. The franchise holders, too, have been very loyal. In addition, the overseas person have been very loyal and they look forward every year to coming to St. Kitts along with other followers-family and friends,” he expressed.