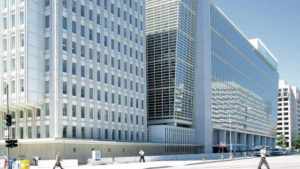 WASHINGTON, United States (CMC) — The World Bank says the economies of Latin America and the Caribbean (LAC) have “turned the corner” after a year of tepid growth, providing an opportunity for countries to solidify their fiscal positions and lay the foundation for long-term inclusive growth.

In its latest semi-annual report titled, “Fiscal Adjustment in Latin America and the Caribbean: Short-Run Pain, Long-Run Gain?”, the World Bank examines the quickening of growth in the region “due in large part to a positive external environment, including rising commodity prices, growth in the US and China, and high international liquidity.”

But the Washington-based financial institution warned that many countries are “in a fragile fiscal situation after several years of weak growth.”

But, despite these positive signs, the report notes that 31 out of the 32 LAC countries ran an overall fiscal deficit in 2017, adding that public debt for the whole region stands at 57.6 per cent of gross domestic product (GDP).

“Persistent deficits and high levels of debt can jeopardize the hard-won gains made over the last decades in lowering inflation, reducing poverty and inequality, and fuelling inclusive growth,” said Carlos Vegh, World Bank Chief Economist for Latin America and the Caribbean.

“In the long run, lower fiscal deficits – and lower public debt burdens – would help consolidate those gains and increase growth,” he added.

The report finds that fiscal adjustments during good times are important to build fiscal space.

“This enables countercyclical fiscal policies to prepare for the next time economic headwinds come along and to protect the most vulnerable. it also frees resources to deal with potential risks stemming from natural disasters like hurricanes and earthquakes.”

“Now is the time to speed up the pace of fiscal and structural reforms, and strengthen or implement fiscal rules, as needed,” the World bank said, urging however that these fiscal adjustments be “gradual and not rely too heavily on cutting public investment or social transfers, which are vital to economic growth and poverty reduction.

“Infrastructure investment is particularly important. Inefficient and non-productive government spending should be the focus of reform. The challenge is finding the sweet spot for just how much fiscal adjustment is needed,” it adds.

The report notes that one crucial issue to consider in deciding on an appropriate amount public debt reduction and other fiscal reforms is the levels needed to achieve an investment grade.

“Steps in this direction can lead to huge savings on external debt and free up resources to support poverty reduction and inclusive growth,” it added.