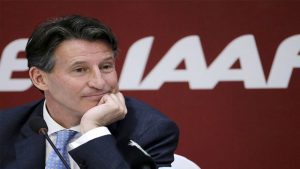 RIO DE JANEIRO, Brazil, Monday August 22, 2016 – Jamaican Usain Bolt is to be offered a job for life in athletics when he hangs up his golden spikes.

The world’s fastest man waved goodbye to the Olympics after securing the ‘triple-triple’ to confirm him as the greatest track and field athlete of all time.

His iconic status in Rio also highlighted the massive hole he will leave when he retires from competition following next summer’s World Championships in London.
But Sebastian Coe, the boss of world athletics, revealed that he will not allow the Jamaican to walk away from the sport.

“He is not going to be short of offers,” said Lord Coe. “But we started a dialogue three years ago and came to an agreement that of all the things he will go on to do, I am very keen to carve out some space to help us develop the sport.

“Not just an ambassadorial role but to really get involved and play a role. I don’t want to usher him off the scene too quickly, but when the time comes we really do want him to stay and get involved. His like is not going to come round again that quickly.”

Jamaican Prime Minister Andrew Holness has already said there is a place in his Cabinet waiting for Bolt. “It’s important to use the fame and the achievement of Usain Bolt for the benefit of Jamaica. It does open doors,” he said. “Usain could be minister of anything he wants.”

Bolt, who turned 30 yesterday, confirmed his interest in Coe’s project, saying: “I want to stay in the sport, I want to stay around the sport – though not as a coach. “I’ll talk more to the IAAF president and see what he can do for me.”

“But I’ve proved to the world that I am the greatest. That is why I said this is my last Olympics – because I can’t prove anything else. “I’ve made the sport exciting, I’ve made people want to see it. I’ve put track and field onto a different level. And I’ve done it clean