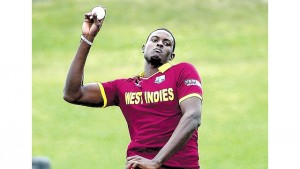 Australia, who lifted the global 50-over title for the fifth time with a comprehensive victory over New Zealand in the final in Melbourne 14 months ago, enter the fray on Sunday when they face the Caribbean side before tackling the Proteas two days later.

This competition, which follows a three-month period when international cricket has been almost completely dominated by the T20 format, will be played on a triple round-robin basis, with three matches each in Guyana, St Kitts and Barbados, before the one-off final in Bridgetown on June 26.

Despite a historic double triumph of the men’s and women’s teams at the World T20 in India, West Indies go into the competition as underdogs based on a track record of inconsistency in this version of the sport, both in terms of performance and selection.

Jason Holder leads a side that sees the return of all-rounder Kieron Pollard and spinner Sunil Narine.
Pollard’s return to the ODI team, for the first time since the controversial abandonment of the India tour in October 2014, has sparked considerable debate, given that he did not play in a regional 50-over competition in January — supposedly a requirement for selection.

Narine will be in West Indies colours for the first time in more than six months following another period of rehabilitation, after his bowling action was deemed illegal during the limited-over leg of the Sri Lankan campaign near the end of 2015.

There is no place in the squad for Chris Gayle, Andre Russell, Dwayne Bravo and Darren Sammy, all key members of the World T20 title-winning side, but who have apparently been ignored for failing to represent their respective territories at the start of the year when they were all involved in the Big Bash in Australia.

Since losing a pulsating World Cup semi-final to New Zealand and then suffering a shock series defeat in Bangladesh, South Africa have restored their ODI fortunes with close series wins over the New Zealanders, India and England.

Notwithstanding their all-round strength, they will rely heavily on outstanding batsman and Captain AB de Villiers for runs and inspiration.

He missed their lone warm-up fixture against a West Indies Board President’s XI in Port of Spain on Sunday, the same day that de Villiers and his Royal Challengers Bangalore side fell nine runs short of a run chase in the Indian Premier League final.

In his absence, former Captain Hashim Amla’s polished 92 at the top of the order anchored South Africa’s total of 280 for nine.

The tourists’ bowlers did not have things their own way, however, with the home side getting to 127 for three off 24.1 overs when rain ended the day/night match, the fixture being ruled a tie on the Duckworth/Lewis scoring system.

West Indies, without Holder and a couple of other key players who were returning from IPL duty, lost two warm-up matches against a Barbados Select XI, heightening local fears about their competitiveness, especially given the lack of recent ODI match experience.

That amounts to only a three-match series in Sri Lanka — which they lost 3-0 — since being thrashed by New Zealand at the quarter-final stage of the World Cup.