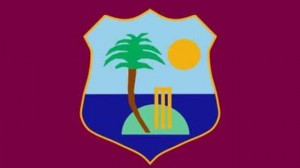 JOHANNESBURG – West Indies players are eagerly looking forward to the first outing on their two-month tour when they come up against the South Africa Invitational XI in a three-day warm-up match, starting today.

According to skipper Denesh Ramdin, the Windies will use all 15 players in the squad for the match which will be played at Willowmore Park in Benoni.

“We will try to use everyone in all departments,” said Ramdin in an interview with WICB Media after yesterday’s gym session.

“Our batters should try and bat as long as possible and if we have to bowl try to give all the bowlers a good run to see where we are as a team, cause it’s very important that we acclimatise in these conditions.”

The visitors were kept indoors yesterday due to rain and the captain is hoping they can get a full match as they prepare for the upcoming three-match Test Series against South Africa.

“Once we get play we should be able to go out there and execute some of our plans.”

Ramdin was a member of the West Indies team that scored a first Test match victory over South Africa seven years ago.

For West Indies to repeat the accomplishment, Ramdin says batsmen and bowlers need to step up their game.

“It was a very wholehearted team effort and hopefully we can do that again in this series,” said the Windies skipper. (AP)