Home / Regional / What is America’s real objective with FATCA?

What is America’s real objective with FATCA? 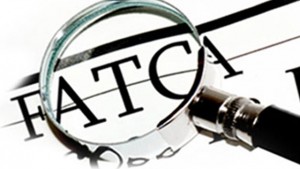 Notwithstanding, this article is not about providing full information or professional advice about FATCA. That information can be obtained in a variety of ways. This article is about informing those who do not yet know that the hidden objective of FATCA is really to ferret out those who have been non-compliant, perhaps for many years, with another US tax law.

FATCA is a US tax law which was signed into law on March 18, 2010 by President Barack Obama.

It is designed to go after ‘United States persons’ who are evading US taxes through the use of offshore accounts and other offshore assets. FATCA became effective in Jamaica on July 1, 2014. It requires US persons, residing anywhere in the world, to comply with the requisite annual reporting of their non-US financial accounts to the Financial Crimes Enforcement Network (FinCEN). FinCEN is a network administered by the United States Department of the Treasury whose goal it is to prevent and punish criminals and criminal networks that participate in money laundering.

FATCA also requires all Foreign Financial Institutions (FFIs) to search their records for suspected US persons for reporting their assets and identities to the US Treasury. The legal definition of US persons is very broad, and includes many resident Jamaicans, whether they realise it or not.

While FATCA became law in the US just under six years ago and in Jamaica less than two years ago, Foreign Bank Account Reporting (FBAR) has been part of the US tax code for over 40 years. Having had the privilege of being invited by various local groups (Professional Associations & Service Clubs) to make presentations on FATCA, and knowing what I know about the US tax code, I informed my audience about FBAR. In so doing, and based on the responses and admissions of many attendees, it appears that the majority of those who are, or will be, impacted by FATCA, have no idea that they will experience a ‘come to Jesus meeting’ with the US Internal Revenue Service (IRS) regarding FBAR in the not-too-distant future.
The filing requirements and/or threshold for FBAR (foreign bank account balances aggregate of US$10,000 or more) are far less than for FATCA (foreign financial accounts or other offshore assets greater than US$50,000). However, the Civil and Criminal Penalties for FBAR non-compliance are far more severe than for FATCA. For example, regarding FBAR, there are Civil Penalties for Simple Negligence, Negligence, Pattern of Negligence, Non-willful, and Willful Violations. The civil penalties range from a Warning Letter (Letter 3800) to a ceiling of the greater of US$100,000 or 50 per cent of the balance in the account at the time of the violation, for each violation, and for each year you did not file is a separate violation.

Criminal penalties for FBAR violations are even more frightening, including a fine of US$250,000 and five years’ imprisonment. If the FBAR violation occurs while violating another law (such as tax law, which it often will) the penalties are increased to US$500,000 in fines and/or 10 years imprisonment. Many violent felonies are punished less harshly.

Individuals who failed to make the required disclosure are subject to a penalty of US$10,000 for the tax year. If the failure continues for more than 90 days after the day on which the IRS mails notice of such failure to the individual, such individual shall pay an additional penalty of US$10,000 for each 30-day period, or fraction thereof, during which such failure continues after the expiration of such 90-day period. The penalty imposed with respect to such failure shall not exceed US$50,000.

Clearly, the penalties for FBAR non-compliance are far more severe than those for FATCA. Why is that? It seems obvious to me that the US is using FATCA to aggressively enforce FBAR. Bear in mind that when FBAR was enacted into law over 40 years ago, there were no cross-border enforcement agreements with foreign governments. As such, the U.S could not amend FBAR law nor enter into any cross-border FBAR related agreements which would serve to retroactively punish Americans for non-compliance with FBAR. However, with the use of the cross-border agreements as to FATCA, the US is now being provided with adequate information on individuals to facilitate going after those who failed (perhaps for years) to comply with FBAR requirements.

Based on the foregoing, the conversation which begs full ventilation must be about the negative tax impact FBAR requirements (which FATCA compliance will betray) will have on many Jamaicans. Given that the Government of Jamaica (GOJ) entered into a FATCA cross-border agreement with the US (not that it could be avoided), it seems to me that there should be some form of GOJ sponsored public education about the real impact of FATCA and FBAR on many Jamaicans who qualify as US persons.