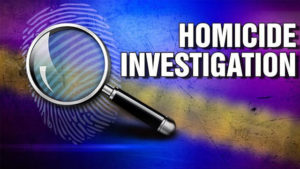 It’s official, the federation’s homicide toll is now at 2 so far this year.

Police have confirmed that the person’s whose partially decomposed body was found in a home in West Farm Extension last Thursday, was in fact killed.

Authorities have not released the identity of the male found, however persons who knew the occupant of the house say he was 61-year-old Frederick Thompson, known as Jahman. Freedom FM understands the man shared his time between St. Kitts and the UK.

Police say they received a call from Mr. Thompson’s family overseas the week prior saying they had not been able to reach him since December. Officers visited the man’s home at about 2pm February and discovered human remains.

Forensic Pathologist, Dr. Valery Alexandrov performed an autopsy on Saturday and concluded that death was as a result of blunt force trauma to the head.

Freedom FM was reliably informed that the victim’s pickup was discovered in the Lime Kiln area Friday night and taken into custody.

Police say several persons are in custody assisting with the investigation.