‘We’re the most privileged humans on earth’: Millionaires and billionaires demand to pay higher taxes 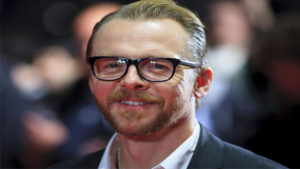 More than 120 billionaires and millionaires have demanded to be allowed to pay higher taxes.

The group, which includes actor Simon Pegg and seven others from the UK, signed an open letter calling on the richest to pay more to prevent a “global crisis”.

Describing themselves as ”members of the most privileged class of human beings ever to walk the earth”, they said inequality had caused rising tensions around the world.

“The resulting dynamics guarantee that the global community will fail to adequately respond to the looming climate catastrophe,” the group added.

“This will be disastrous for everyone, including millionaires and billionaires. It is time for us to act.”

Addressing their fellow millionaires, they said: “We urge you to step forward now – before it’s too late – to demand higher and fairer taxes on millionaires and billionaires within your own countries and to help prevent individual and corporate tax avoidance and evasion through international tax reform efforts.”

In what may have been a dig at the world’s richest person, Amazon founder Jeff Bezos, the group claimed tax avoidance had reached “epidemic proportions” and ”many of the world’s largest corporations abuse tax havens [while] some pay no tax at all.”

The letter added: ”To be clear, every solution to this global crisis requires higher taxes on millionaires and billionaires like us.

“You can join us in accepting this simple fact, and then help us get on with the business of repairing our fractured world – including working together to advance effective tax systems within our respective countries and internationally – or you can refuse to be part of the solution and accept that if we fail, you will be to blame.”

The campaign was launched as business and world leaders met at the World Economic Forum in Davos, Switzerland.

In a column for The Times, Mr Pegg said that signing the letter was “absolutely the right thing to do”.

He added: “Fixing this broken economy might feel too complex to many world leaders, so let the millionaires help get you started. Tax them. Tax them more and do it now.”