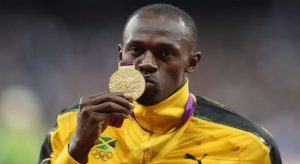 The legal team for retired sprint king Usain Bolt has given Stocks and Securities Limited (SSL), a company holding investments for the eight-time Olympic champion, 10 days to return his missing funds or face criminal and civil action.

That’s the ultimatum given in the case of the massive reported fraud that is currently unfolding at the investment firm, where Bolt had invested significant sums, reportedly towards his “self-designed pension”.

In a letter to SSL dated January 16, 2023, the authenticity of which was verified by Loop News on Tuesday, the law firm of Frater, Binns and Gordon told SSL that Bolt’s account contained in excess of US$12 million (J$1.8 billion) as at October 31, 2022.

However, according to the letter, the account currently contains US$12,000 (J$1.8 million).

Bolt is reportedly among more than 20 people who have had their accounts depleted in the reported fraudulent activities now being probed at SSL.

According to the Financial Investigations Division (FID), the length of time during which “questionable actions” were taken against some of the affected accounts in the SSL probe was over a decade.

News emerged last week that the Olympian lost his millions that he invested with the firm. Since then, the SSL management has said that they have taken steps to secure assets in its control and strengthened internal protocols to detect suspicious activity in the shortest time possible.

SSL said that it became aware of fraudulent activity by a former employee of the company and, following initial internal investigations, the management referred the matter to the relevant law enforcement authorities to facilitate a thorough and complete examination of all its aspects.

The FID and the JCF’s Fraud Squad are collaborating on the investigation while the Financial Services Commission has appointed business recovery expert Kenneth Tomlinson as the temporary manager for the firm.

Also, following reports by The Gleaner that the FSC flagged SSL as a problem entity several years ago over the firm’s questionable business practices, Opposition spokesman on Finance Julian Robinson has expressed concern over the commission’s “apparent failure” to provide adequate regulatory oversight of companies operating in the non-deposit taking financial services industry.

According to Robinson, Jamaicans have become concerned about the safety of their funds at these institutions. He has also called on the Government to break its silence and tell Jamaica what it is doing to restore confidence to this critical sector of the economy.