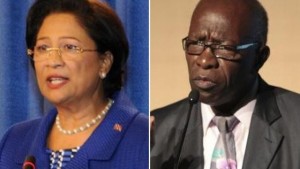 PORT OF SPAIN, Trinidad — Late last month, the extradition hearing in Trinidad in relation to corruption-accused Jack Warner was postponed until December 2, after Warner’s attorneys requested more time so they could travel to the US and discuss extradition terms. According to confidential sources, the US Department of Justice (DOJ) may be more receptive to such a discussion in the light of unrelated claims made by Warner.

An earlier invitation to open a dialogue with the US Department of Justice (DOJ) in the immediate aftermath of his indictment in New York on May 27, 2015, on multiple counts of racketeering, bribery and money laundering and his subsequent arrest in Trinidad was said to have been rebuffed by Warner.

Since then, claims by Warner in relation to an ultimately unsuccessful extradition attempt by US authorities of two local businessmen accused of bribery and corruption in relation to the Piarco airport expansion project have apparently triggered increased interest on the part of the DOJ in talking to him.

Specifically, Warner has alleged that he witnessed then Trinidad and Tobago Prime Minister Kamla Persad-Bissessar accepting TT$8.3 million (US$1.3 million) from local businessmen Ish Galbaransingh and Steve Ferguson in exchange for legislative protection against extradition.

These allegations have also been referred to the Anti-Corruption Bureau of the Trinidad and Tobago Police Service but they have not responded to several requests for an update in this respect.

It is believed by US authorities that there may be some substance to Warner’s allegations because, in responding to these assertions, Persad Bissessar appeared to be deliberately evasive and tried to obfuscate the relevant timeline.

Specifically, she stated that in November 2011 the Trinidad court halted any move to have Galbaransingh and Ferguson extradited as being “unjust, oppressive and unlawful”.

“This was well before the proclamation of Section 34 (in fact, almost one year before). So that claim of a connection is, as others, absolute nonsense,” she said in a press statement.

What she failed to mention and apparently tried to obscure was that, while the extradition of Galbaransingh and Ferguson to the US was halted by the local court in 2011, they could still have been prosecuted for the same offence(s) under Trinidad law.

However, the passage of new legislation, which included the so-called “Section 34”, the following year allowed them to escape all local charges as well.

In response to a request for official confirmation as to whether or not the DOJ has an active ongoing interest in the circumstances in which Galbaransingh and Ferguson apparently managed to escape justice completely, Peter Carr of the Office of Public Affairs said, “As a matter of policy, we generally do not comment on extradition-related matters.”