Ukraine says it will press on with Black Sea grain deal 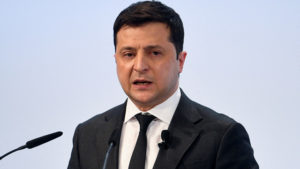 Ukrainian President Volodymyr Zelenskiy said on Monday that his country would continue exporting grain from its Black Sea ports under a U.N. programme despite Russia’s pullout because the shipments offered stability to world food markets.

He made his comments following talks with Czech Prime Minister Petr Fiala. Russia announced on Saturday that it was suspending its role in the U.N.-backed initiative that escorts cargo ships through the Black Sea.

“On our side, we are continuing with the grain initiative because we understand what we offer the world. We offer stability on the food production market,” Zelenskiy told a joint news conference alongside Fiala.

Zelenskiy said he believed Russia had left the agreement despite the fact that Moscow said it had only “suspended” its participation.

“This means that it was Russia that is violating the agreement,” Zelenskiy said. “Let’s hope that our partners will be able to calm down Russia’s rhetoric.”

Russia said on Monday it was “unacceptable” for shipping to pass through a Black Sea security corridor as Ukraine was using it to “conduct military operations against the Russian Federation”.

In his comments, Zelenskiy also drew attention to a document signed with the Czech prime minister aimed at increasing cooperation to reach standards needed for Ukraine to secure membership of the North Atlantic Treaty Organisation (NATO).

Ukraine’s bid to gain NATO membership has been denounced as unacceptable by Russia and was one of the key reasons cited by Moscow in justifying its invasion of its neighbour.