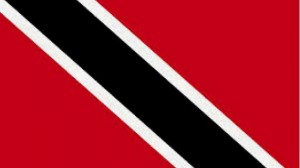 PORT OF SPAIN, Trinidad (CMC) — A pastor at the Dow Village Open Bible Church, south of here, will return to court on January 12 next year after being charged with having sexual intercourse with a woman without her consent.

Bernard Andrews, 47, was released on TT$300,000 (One TT dollar = US$0.16 cents) bail after he appeared before Magistrate Armina Deonarinesingh in the Second Court in Siparia on Monday.

Andrews has been slapped with two sexual charges. He had earlier surrendered to police.

Attorney Earl Martin Jones asked the magistrate for reasonable bail since it was the season of Christmas.

Jones said Andrews was a pastor of the Dow Village Open Bible Church and also a farm attendant at a secondary school. He said his client had no previous offending matters before the court and “voluntarily gave himself up after a warrant was issued for his arrest” over the weekend.

Police prosecutor Sheldon Ablacksingh did not object to Andrews being placed on bail, but asked that he