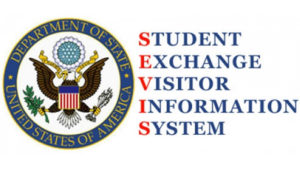 While the focus last week was put on John Kelly’s hateful and ignorant comment that most immigrants who come to the US today have no skills and are unable to easily assimilate into the United States’ “modern society,” another major policy change that will affect immigrants slipped by many.

In the continued scapegoating of immigrants as the Trump administration drives its far-right political agenda, the U.S. Citizenship and Immigration Services, (USCIS), announced on May 11th that it will be changing the way it calculates unlawful presence for students and exchange visitors in F, J, and M non-immigrant status, including F-2, J-2, or M-2 dependents, who fail to maintain their status in the United States.

The agency notice says if the visas of these students expire by Aug. 9, 2018, they will immediately be considered as undocumented immigrants and subject to deportation.

The students could also become undocumented the day after the DHS found they violated their non-immigrant status while adjudicating a request for another immigration benefit; the day after their I-94 expired; or an immigration judge or in certain cases, the Board of Immigration Appeals (BIA), ordered them excluded, deported, or removed (whether or not the decision is appealed).

They will also be considered deportable the day after completing their course of study or program, including any authorized practical training plus any authorized grace period.

Students who accrue more than 180 days as an undocumented immigrant during a single stay, and then depart, may be subject to three-year or 10-year bars to admission, depending on how much unlawful presence they accrued before they departed the United States.

Individuals who accrue a total period of more than one year of unlawful presence, whether in a single stay or during multiple stays in the United States, and who then reenter or attempt to reenter the United States without being admitted or paroled will be permanently barred.

Those subject to the three-year, 10-year, or permanent unlawful presence bars to admission are generally not eligible to apply for a visa, admission, or adjustment of status to permanent residence unless they are eligible for a waiver of inadmissibility or another form of relief.

USCIS says the rule change is in line with Trump’s Executive Order, ‘Enhancing Public Safety in the Interior of the United States.’

“The message is clear: These non-immigrants cannot overstay their periods of admission or violate the terms of admission and stay illegally in the U.S. anymore,” USCIS Director L. Francis Cissna said in a statement.

The move is another hardliner tactic by the administration to drive out immigrants from the US, including not just –‘low-skilled,’ as Kelly so ignorantly claimed, but students trained in US institutions who are highly skilled and needed in our country.

This is another backward move by this administration that is blatantly racist since most of the foreign students coming to the US are students of color as the data proves.

We must raise our voice on this ridiculous policy memorandum. The 30-day public comment period will run through June 11, 2018. Email all comments to publicengagementfeedback@uscis.dhs.gov. Include the title of the relevant memo in the subject line of your message – that is: ‘Accrual of Unlawful Presence and F, J, and M Nonimmigrants.’

Also, in your comments, refer to a specific portion of the memo; explain the reason for any recommended change; and include data, information, or authority that supports your recommendation.

Stand up and give a voice to those in need now. It is our duty as God fearing people to love our neighbor as ourselves and show that love in action. This is one of those moments that demands action.