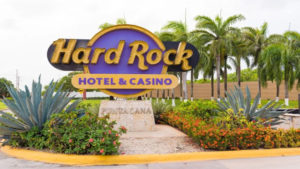 Another American tourist died while vacationing in the Dominican Republic — bringing the recent spate of mysterious deaths to six and prompting an investigation by the FBI, according to a new report.

Robert Bell Wallace, 67, of California, died after drinking from the minibar in his room at the Hard Rock Hotel & Casino resort in Punta Cana, his niece, Chloe Arnold, told Fox News.

“We have so many questions,” Arnold told Fox. “We don’t want this to happen to anyone else.”

It is the same hotel where David Harrison, from Maryland, died last year, and his family is also now questioning his sudden death on the island.

Their families came forward after seeing how three other Americans, including an engaged couple, died suddenly last month within five days of each other at another all-inclusive resort on the island. Another death there last year is also now under the spotlight.

Arnold insisted her uncle, an avid traveler, had been “fine” until he had a scotch from his room’s minibar while at the hotel for his stepson’s wedding.

“He started feeling very sick, he had blood in his urine and stool right afterward,” she said.

He died on April 14, three days after falling ill in his room. Dominican authorities have yet to give the family a cause of death, Arnold told Fox.

The State Department confirmed the death of a US citizen on the island in April when Fox asked about Wallace’s death.

“We offer our sincerest condolences to the family for their loss,” it said in a statement.

The FBI confirmed to Fox that it was joining the investigation into deaths on the island, with experts also conducting tests at the Bahia Principe, where the first three tourists died, according to the network.

The troubling pattern of deaths emerged with news that an engaged couple from Maryland, Edward Holmes, 63, and Cynthia Day, 49, were found dead in their room at the Bahia Principe La Romana on May 30.

They had checked in on the same day that Miranda Schaup-Werner, 41, of Pennsylvania, collapsed and died in her room after having a drink from her minibar in a neighboring hotel on the same resort on May 25.

Families of all three say they died of pulmonary edema and respiratory failure.

Those deaths raised alarms for the loved ones of David Harrison, who died of the same conditions — pulmonary edema and respiratory failure — at the Hard Rock Hotel and Casino in Punta Cana last July.

“I no longer feel like my husband died of natural causes,” said his widow, Dawn McCoy.

Recently, relatives of another Pennsylvania woman, Yvette Monique Sport, 51, have questioned her death at the Bahia Principe resort in Punta Cana last June. She was said to have died of a heart attack.

“She was 51 years of age, relatively healthy, no reason for her to go on vacation and die so suddenly,” her sister, Felecia Nieves, told Fox 29. “It makes me question at this point is this cause of death even true.”