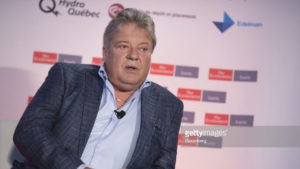 Aphria on Tuesday said it would begin trading on the NYSE, under the ticker “APHA.”

“Listing on the NYSE provides Aphria with access to the largest equity market in the world, with increased exposure to a vast array of U.S. institutional and retail investors,” CEO Vic Neufeld said in a statement. “We are excited to usher in a new era with the recent legalization of adult-use cannabis in Canada and as we aim to further expand our footing in exciting markets such as Latin America, the Caribbean and Europe.”

Aphria earlier this year secured a 49 percent ownership interest in Marigold Projects Jamaica Limited, which has received one of the only Tier 3 cultivation licenses in the country cultivate and conditional licenses to process, sell, provide therapeutic or spa services using cannabis products, and to operate herb houses to sell cannabis products for medical, scientific and therapeutic purposes, with a space for immediate consumption by consumers.

The company also has a 90 percent ownership interest in ColcannaS.A.S., the first company in the Coffee Zone of Colombia with cultivation and manufacturing licenses for the production of medicinal extracts of cannabis, a research license and a license for the production and extraction of cannabis, including cannabis oil, for domestic use and for export and in ABP, S.A., an established and successful pharmaceutical import and distribution company in Argentina which supported a number of University Hospitals to secure an import permit for cannabis oil.

“Aphria continues to execute on its plans for strategic international expansion, including in Latin America and the Caribbean,” said Neufeld. “With a combined population of nearly 640 million, and with significant momentum from numerous countries introducing new or modernizing existing medical cannabis legislation, the region represents a significant opportunity for long-term growth. It also hosts some of the most favourable conditions for cultivating high-quality medical cannabis at substantial efficiencies – ideal for both regional supply and export opportunities. This acquisition firmly cements Aphria’s leadership in the region and on the global cannabis stage.”