Home / Regional / The government denies its giving up CIP revenue

The government denies its giving up CIP revenue 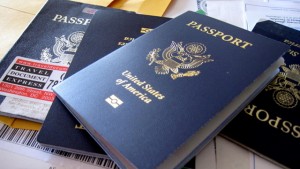 The government says it will not be forgoing any sums under the citizenship by investment (CIP) in a deal with a UAE developer.

But Chief of Staff Lionel “Max” Hurst says the government is not concerned with how they advertise the project and CIP as the agreement with the developer ensures US $200,000 will be paid into the national development fund for every passport issued under the deal…

“It doesn’t matter what he puts in his advertisement if he plans to sell his apartment for $600,000 each and $200,000 plus the fees and all the things that are charged in order to acquire the Antigua and Barbuda passport; if they are paid over to us, whatever he sells his apartments or units for that is his business, we don’t control that. But we know that we will receive what is due to us. Now as far as we’re concerned he is really providing us with a larger base of very wealthy people who wish to have a second passport and that is the benefit to Antigua and Barbuda. But he will pay,” he says.

Meanwhile, Hurst says more than $50 million has been made under CIP with about 250 passports approved.