Terry Adams: Don Boncamper Was Thrown Under The Bus 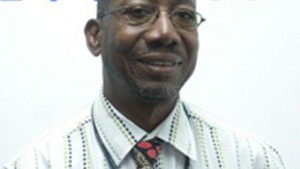 Adams, a former member of the Board of Directors for the St. Kitts Air and Sea Ports Authority questions why, since the Minister said that efficiency of the Ports’ management had declined under Boncamper’s leadership, would he offer to make him Chairman of the Board of yet another critical statutory corporation.

“I am bothered that the Chairman of SCASPA the way he’s been thrown under the bus. It is sad. That’s not what friends are for. If the minister is throwing the Chairman under the the bus, according to him the management structure at SCASPA is getting worse- that’s what he said- then the question, is why offer that same chairman the job to head another organization under him as the minister? Because you’re saying at a press conference that SCASPA is down maybe to it’s lowest but you are saying can I offer you another position elsewhere.

“And remember he said given the chairman’s experience and expertise and academic training he can be moved to another institution. If that was true then, why would he want to fire and embarrass that same chairman; why would he want him around? So who is really fooling who?”

Adams opined that Boncamper had been made a fall guy with respect to the declining situation with Port Management after he had sidelined the Board in favor of carrying out the wishes of his friend Minister Liburd.

“Where is PAM in all of this? I’m expecting to hear a statement from the chairman of the party or the leader of PAM who is the Deputy Prime Minister. Mr. Boncamper, it is said, is one of the most important persons in the party, he raises funds, he does all kinds of things and you are telling me that he has been thrown under the bus- no minister, no chairman, nobody has seen that and gone to find out exactly what happened and the Minister who is dealing with Boncamper so harshly ran under the PAM umbrella? Something has to be wrong!

“I was on the Board; I know how Boncamper was operating in the best interest of the Minister. I feel as though the Board was being rubber-stamped and marginalized and there were two of us who began to speak out, because we were being guided by the law. And so he would have said to us it is what the Minister needs, it is what he wants and wrong or right the Minister will have what he wants. I don’t know how people can treat people this kinda way.”

Former Cabinet Minister, social and political activist Dwyer Astaphan accused Minister Liburd of usurping his authority in Port affairs, and questions if Liburd is suited for his post.

“As Terry was speaking on the Port I reflected on the temperament of the Minister and as to really with that temperament he is suited for the job that he is doing. Ministers have a lot of power but you have to work within the rules and you have to respect people’s positions and responsibilities- you can’t run roughshod over people. Now the same Minister, Ian Liburd, had a meeting on January 8 this year with the management of the Port Authority and told them that he is the Human Resources Manager of SCASPA and that all HR matters must be sanctioned by him. He said he is the politician and he would undertake all the hiring of staff.

“So while he does have the authority and responsibility to the Cabinet, parliament, Governor-General, and the country for the SCASPA, the laws that established SCASPA clearly outline who is responsible for what. And yes, the Chairperson, whoever he or she is, will on a regular basis confer with the Minister to make sure that things are within the policy guidelines, and also to make other arrangements in the best interest of all concerned, given that he is the political director, but there are certain areas are not for him insofar as the legal requirements are concerned – but it seems not to matter to him.”