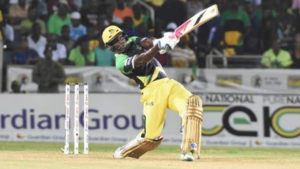 The Tallawahs bowling attack once again failed to spark in what was another disappointing display with the ball and poor fielding added insult to injury as opening batsman Rahkeem Cornwall was dropped twice on 15 and 37.

Cornwall went on to make a top score of 75 off a mere 30 deliveries, raising his third CPL half-century in 19, as he ensured that Zouks made light work of the Tallawahs target of 170.

The burly Cornwall smashed four boundaries and eight massive sixes in his knock, starring in a 111-run opening stand with Andre Fletcher, who was left unbeaten on 47 off 36.

Oshane Thomas snared 3-26 for the Tallawahs including one maiden in his four overs.

By virtue of the result, Tallawahs remain the only team in the tournament without a win or a point and as such is rooted at the foot of the six team standing.