Home / Regional / SVG PM to teachers: You have nothing to lose, apply for your job

SVG PM to teachers: You have nothing to lose, apply for your job 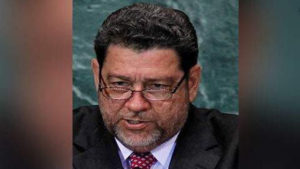 Prime Minister Dr Ralph Gonsalves says as of midday yesterday, officials from the Ministry of Education reported that 55 teachers have applied for resumption of work.

Some of these teachers have taken the vaccine to come on board and some remain unvaccinated but have applied for employment.

This is the latest development concerning the amended regime for frontline workers, whereby the Government approved the employment of unvaccinated persons in specific positions covered under Statutory Rules and Orders No: 2 of 2021.

Teachers who were deemed to have abandoned their jobs by not taking the COVID-19 vaccine were invited to re-apply for their jobs.

While August 15 was listed as the deadline for those applications, the prime minister during a media conference today said he asked for the deadline to be extended to next Monday as he suspects more teachers may wish to apply.

Gonsalves is urging teachers to apply even if they are party to the court case with the teachers, public servants and other frontline workers challenging the constitutionality of government’s requirements which they did not follow and as a result abandoned their jobs.

The prime minister warns that he cannot predict whether the court case will end in November, if it will end up in the Appeal Court or Privy Court or if it will take two to three years. Gonsalves said what he does know is that the government was properly advised legally and is satisfied that the position of government is correct.

“You have nothing to lose by applying for your job.”

The SVG Teachers Union has been calling for reinstatement, rehire and remuneration.

However, the prime minister explained that if the government was to reinstate workers, it would be saying the government ought not to have passed the law in the first place. Gonsalves said the law that was passed as part of the COVID-19 measures has been constitutional, in that it was a reasonable requirement for a public purpose, that is, public health.

The Vincentian PM further elaborated that if he were to say reinstated, one would be admitting what they did was not a necessary thing to do and you would therefore if it’s a reinstatement, have to pay persons for the period of whatever months they haven’t been working.

“Reinstatement in law has a different meaning,” said the prime minister who also added that “under the law, teachers failed or refused to comply with a requirement of the law which we are satisfied was constitutional and legal.”