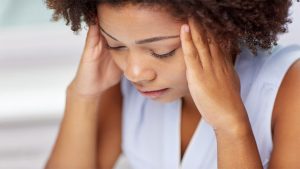 MELBOURNE, Australia, Monday July 4, 2016 – New research has shown that stress can turn the body’s lymphatic system into a “super highway” for breast cancer cells, accelerating the spread of the disease.

Experts have long debated to what extent stress affects a patient’s prognosis, and while stress has not been proved to cause cancer, a team of Australian scientists now says it may play a significant role in how it spreads.

Cancer biologist Dr Erica Sloan and her team at Monash University studied how stress drives metastasis — the spread of cancer from an original tumour — in mice with breast cancer. According to Dr Sloan: “Stress sends a signal into the cancer that allows tumour cells to escape from the cancer and spread through the body.” “The stress is sort of acting like a fertiliser and helping the tumour cell take hold and colonise those other organs.”

She added that although it was already known that cancer could spread through the lymphatic system, her team discovered that stress transformed the network into a super highway that allowed the cancer cells to travel at far faster speeds.

For the research, the scientists put mice with cancer in confined spaces to mimic the physiological and emotional effects of stressed humans. Dr Caroline Lee, who was part of the research team, said the effect the stress had on their cancer was marked.

“You see six times more spread of cancer in stressed mice compared to control mice,” she said. Dr Sloan’s team nevertheless found that a drug currently used for high blood pressure and cardiac arrhythmia could prevent the stress from boosting the spread of the disease.

“We’ve chosen the peri-operative period because, as an anaesthetist, we often see women have a state of increased stress and anxiety at the time of surgery, and the build-up to surgery following diagnosis can be incredibly anxiety provoking,” Dr Hiller explained.

Depending on the results of Dr Hiller’s ongoing research, a cancer-specific beta blocker that is designed to target tumours, not the heart, could be developed.