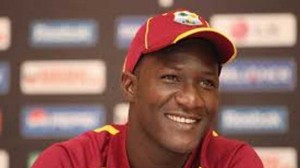 He told the Tuffers and Vaughan Cricket Show here on Monday that players returning to the Caribbean to compete in a particular format in order to be selected to the international side was counterproductive, since there was no guarantee of selection.

“I can’t tell a player don’t go and play there (in a foreign T20 league) when you know financially you can be stable and look after your family,” said Sammy, under whose leadership West Indies won T20 World titles in 2012 and 2016.