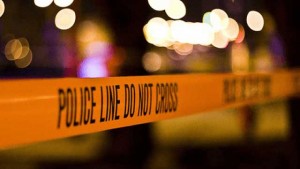 KINGSTOWN, St. Vincent, Jan 16, CMC – The head of the small opposition Democratic Republic Party (DRP), Anesia Baptiste, has denounced the murder of her mentally challenged aunt, Sandra Browne, who was also raped and her house set on fire by an unknown assailant on January 1.

Speaking at a peace rally held by the Human Rights Association (HRH), Baptiste, a former opposition legislator, said violence against, women, girls, elderly, and the disabled “disturbs our peace, as it were, in this country.

“She was disabled. It is well reported that over the years she was sexually abused and then she lost her life under barbaric circumstances, where the perpetrator not only entered her home and demanded sex from her and then proceeded to attack her male companion, who refused, but he (assailant) also abused her and then set the house on fire,” Baptiste told the rally hours after attending Browne’s funeral..”

“We couldn’t even view Aunty Sandra’s body today. And my poor mother has to live with what she saw, as in her remains,” Baptiste said, adding that the “incident highlights a serious problem we have in this country. There is not enough regard and respect for God-given or inalienable rights and freedom for all people among us.

“We talk about peace here tonight. So what are we going to about it?” said the former New Democratic Party(NDP) spokesperson on gender issues.

“I would like to see more of our political leaders conversing about issue in a way to find solution to address the problem we are facing. Instead of spending the time spent — so often on radio especially — cursing out each other, why not address the horrors that we are facing in these areas and actually talk about solutions to the problems?

Baptiste said that her party, which was launched in 2012, recognises a need for education in the society about God-given rights and freedoms.

“Listen, if people cannot respect God enough to realise that their fellowmen have been created by him with certain inalienable rights and freedoms that they should not violate, then we are going to continue to have terrible violation of these rights and freedoms.

“If there is no sacred regard in the mind for the rights and freedoms of each other, then crime and violence are the result and gruesome crimes as well,” she said.

She spoke of the importance of freedom of association and assembly, expression, conscience, and opinion.

Baptiste said the nation needs to start teaching children about these rights “so that they can grow up with a certain sensitivity towards the rights and freedoms of others and they could have greater respect in their relationship with each other as a result of this knowledge in their hearts and in their minds”.

She also said there is a need for legislative reform that will provide stiffer penalties for certain crimes, adding that the nation must educate the populace about these laws so that potential perpetrators and victims know the consequences of certain crimes.

She also said there is a need to improve and increase the relevant structures for rehabilitation and support of victims.

The rally was held to pray for healing after the death of former Unity Labour Party South Leeward council member, Edgar Cruickshank, who was killed when a car crashed into an opposition NDP meeting on December 6.

Several charges have been brought against the driver of the vehicle, Antwone “Quincy” Anthony.