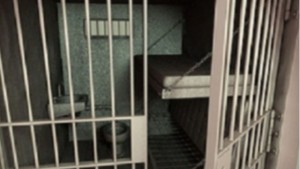 KINGSTON, Jamaica — A St Lucia man was sentenced to 37 years imprisonment after he was found guilty of having unlawful sexual intercourse with three minors.

The court was told that the incidents occurred on August 5, 2011 at Maynard Hill in the capital, Castries.

Reports are that one of the children had been left in the care of her grandmother and had gone to the home of the accused to play with the other two girls after lunch.

His sentences will run concurrently and deductions will be made for time spent awaiting trial.