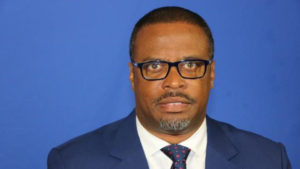 Leader of the Concerned Citizens Movement (CCM) and Premier of Nevis the Hon Mark Brantley has dismissed comments made against him and Shawn Richards former Deputy Prime Minister and Leader of the Peoples Action Movement as ungrateful. Brantley during his weekly radio programme “On the Mark,” said that the CCM and PAM had rescued Dr. Harris after he was rejected by the Douglas-led SKNLP.