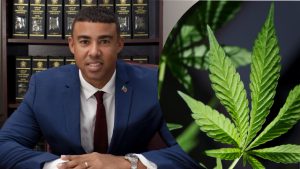 The new St. Kitts Nevis Labour Party, (SKNLP) Administration led by the Hon. Dr. Terrence Drew is committed to reviewing and updating legislation as it relates to the possession and cultivation of marijuana. Attorney General of ST Kitts and Nevis, the Hon. Garth Wilkin, a recent special guest on Freedom FM’s popular talk show “Issues,” explained that the Federal Cabinet has already started to ensure that the current legislation is respected and noted that he has already written to the police on the matter. He indicated that further legislative changes will be taken to parliament.

Speaking specifically to the Ras Sankofa Maccabee vs Commissioner of Police and Attorney General, Ag. Wilkin explained that while some may think that the findings indicated a free “the herb” this was not actually the case.

It is important to note that smoking marijuana in public is still illegal.