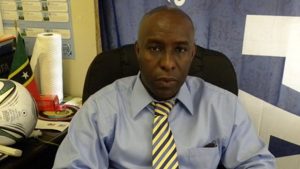 The St. Kitts-Nevis Football Association announced the increase in gate prices in order to sustain support for its member clubs and football in general.

Fees have increased from EC$10.00 to EC$15.00 for regular Premier League matches and EC$20.00 for all Cup matches, such as the President’s Cup, Carnival Cup, Easter Cup and FA Cup.

The SKNFA said it was necessary to increase the admission prices for the overall sustainability of football in the federation.

The new admission prices came into effect on 30th September, 2017.

The increase in admission will service, for example, the full implementation of an insurance scheme for players.

SKNFA General Secretary Stanley Jacobs explained, “The SKNFA has taken the decision to reinvest a great portion of its resources back into its member clubs. To this end, the SKNFA will provide insurance for every single player who plays football under the SKNFA.”

The SKNFA informs that the Association will be investing EC$300,000 in the insurance scheme, and provide each club with a grant that brings the total investment to EC$400,000 annually.

In addition, the SKNFA indicated that security cost was another factor driving the increase in gate prices.

Jacobs said, “The cost of security at Premier League matches has increased exponentially in recent years.”

But with the increase in admission, the General Secretary is asking for the continued support of fans and well wishers, as the Association works to ensure that football remains a viable and major sport played in St. Kitts and Nevis.