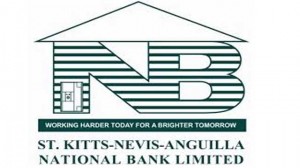 Reports out Antigua indicate that the state-owned St. Kitts Nevis Anguilla National Bank has filed a nearly 60-million-dollar law suit against the government of Antigua and Barbuda over it’s investment in the now defunct Antigua Barbuda Investment Bank ABI.

Antigua and Barbuda Prime Minister and minister of Finance Gaston Browne says however the government will be fighting the suit. He also noted that other banks in the region are also suing on the same grounds.

“Now interestingly we now have a suit of about $60 million against us from the St. Kitts Nevis Anguilla National Bank and there are others in the region, other banks who claim that they had to invested in ABIB, claims we have chosen not to honor, because we’ve said to them that our policy at the time was to protect depositors, not interbank deposits or investments in ABI Bank.

PM Browne said the SKNANB claimed they funded a part of a loan the former UPP government took from ABIB but it was a risk SKNANB took by choosing to underwrite that debt. He said when ABIB went belly up that loan was transferred to ECAB, and the government is paying off that $160 million loan.

He said the government does not accept that liability.

“If on top of that now we have to go and add another $60million that can’t be fair to us…Just yesterday I gave instructions to the Honorable Attorney General and the Solicitor General to defend it, because SKNANB is claiming we should have protected their deposit or investment too we said no, and we will go to court.”

Prime Minister Browne said in the interest of camaraderie, considering they are all part of the Eastern Caribbean Currency Union the Antigua government would accept 50% of the liability and SKNANB refused.

“So we’re saying to them now we don’t owe you anything.”

Freedom FM was unable to reach SKNANB Board Chairman Alexis Nisbett and CEO Donald Thompson for comment on the matter.