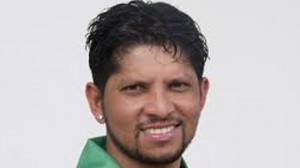 Ramnaresh Sarwan was a surprise pick for Trinidad and Tobago, who were pleased with all of their selections during the West Indies Cricket Board (WICB) Professional Cricket League Player Draft, which took place at the Accra Beach Hotel Ballroom in Barbados, yesterday.

Trinidad and Tobago Cricket Board (TTCB) chairman of selectors Alec Burns and head coach Gus Logie picked the West Indies Test batsman in the second round of the draft after they scooped up all-rounder Akeal Hosein as the first round pick.

Guyana, who had the first pick in the draft, opted for Barbados all-rounder Raymon Reifer, while the other franchises–the Windward Islands, the Leeward Islands, Barbados and Jamaica–stuck with players from their own country.

Allrounder Yannick Ottley, opening batsman Jeremy Solozano and rookie off spinner Bryan Charles were the other T&T selections from the draft, which featured 102 players from across the region. The five T&T draft picks will now join the ten other T&T players who were retained ahead of the draft to make up the 15-member squad for Regional Four-Day and Super50 competitions.

Burns was satisfied that T&T got everyone they wanted including Sarwan who he said was not initially on their radar. “We are anticipating that a lot of players will be away on West Indies duties and we tried to compensate for that. Having seen Sarwan in the draft and knowing our position, we thought it best to include him. We think he still has a lot to offer and we are happy we could acquire his services,” said Burns.

“Under the circumstances, we are satisfied with the selections. A lot of the teams stuck to players from their respective islands and a couple of the teams were expressing some disappointment (after the draft) that they did not get Sarwan. I think someone of his experience will definitely be an asset,” added Burns.

“Charles and Solozano have both represented the West Indies Under-19 and they have a lot of potential and this will give them a good opportunity to develop further,” Burns added. T&T coach Gus Logie was also happy to get Sarwan saying: “We felt having a player of the calibre of Sarwan in our side would be invaluable to our squad which includes a number of young players.”

TTCB CEO Suruj Ragoonath was surprised with the selection of Sarwan but insisted “Logie and Burns are selectors and they have the full backing of the board.”

“They (Burns and Logie) would have looked at the composition of the T&T team and would have noticed in the recent past that the batting has not done so well and they would have felt that Sarwan would bring certain things (to the team) that are not here for us. I am not going to second guess the selectors,” Ragoonath added.

Burns also explained that the other players not selected in the draft like Ravi Rampaul can still play for T&T on a “pay for play” basis when they are available.