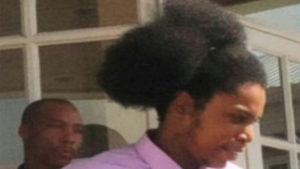 According to reports, Sandy Pointer, Kassim Buchanan, was found by his girlfriend after 6 p.m. lying in a pool of blood in her home located in an alley between College Street and Nevis Street.