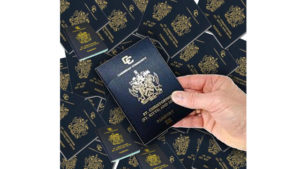 Rumor of more than 100 St. Kitts and Nevis passports allegedly being intercepted in St. Maarten en route to the Dominican Republic has sparked public concern and prompted calls for the government to provide clarification on the issue.

In addition to individual posts on social media platforms, political and social activist Dwyer Astaphan raised the issue Tuesday evening on his talk The Operating Room

“We are told that 105 St. Kitts and Nevis passports were prepared, filled out with names, pictures etcetera, and sent to the Dominican Republic for 105 people who had never come to St. Kitts and Nevis before. If it is untrue, then a response from the government saying ‘that is absolutely untrue’- thank you and we’ll be happy to hear.