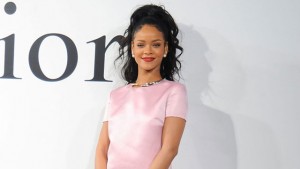 Rihanna is officially a Dior Girl!

So what can we expect?

Rihanna will reportedly star in the fourth episode of Dior’s “Secret Garden” video series. You know, the one where models are dressed in stunning Dior gowns while running around the palace of Versailles. Amazing.

In addition, RiRi will appear in a print campaign. Both the video and images will be shot by Steven Klein and debut later this Spring.

If that’s not epic enough, this also marks the first time a black woman has fronted the French brand. Quite the milestone considering the fashion industry is notorious for its narrow mindedness when it comes to diversity.

The Grammy Award-winning singer is a certified fashion darling. She has alreadygraced a campaign for Balmain and was recently named a creative director at Puma.