Record growth in Cuba’s tourism for 2015 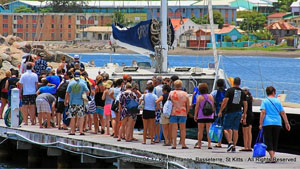 HAVANA, Cuba (CMC) – Cuba is reporting outstanding growth in the number of visitors in 2015 with over 3.5 million tourists visiting the Spanish speaking Caribbean island.

According to a report from University of Havana School of Tourism professor Jose Luis Perello, in 2014, Cuba passed the 3 million-visitor barrier for the first time in its history.

Canada is main source of visitors to Cuba with 1.3 million Canadians travelling south, but the fastest growing market is the United States, with 161,000 for a 76.6 per cent growth, following the easing of restrictions by the Obama administration.