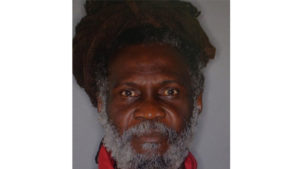 A Taylors Village man has been convicted of murder for the stabbing death of his neighbor back in 2017.

He was charged with the March 10, 2017 murder of Ashton Christopher.

The details of the case were that the pair had an altercation that night and Edwards stabbed Christopher in the chest with a knife.

On Wednesday it did not take the jury long to return a unanimous verdict of guilty. Edwards was remanded to prison to await sentencing.