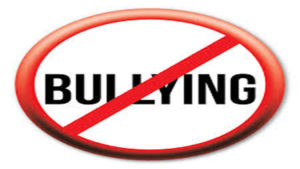 On the heels of the decision taken by the Ministry of Education to expel two male secondary school students who were involved in a widely circulated video that displayed disturbing acts of bullying, members of the public have taken sides with some condemning the expulsion of the student who recorded the video.

The video, which went viral last week showed one student placing the cord from an electric fan around another student’s neck, as others cheered on the perpetrator.

According to the Director of Education Clare Browne, “The Ministry took the decision that the student who was seen in that video wrapping the cord around the young man’s neck, that student was expelled … also, the student who recorded the video, who not merely recorded the video but was encouraging this and was the fuel behind this act of being as well, part of the whole process, he too was expelled.”

This decision, which was revealed during a hearing on Thursday, has since received public criticism to the effect that the videographer should have received a lesser punishment, and expulsion should have only been the last resort if he committed another infraction.

On the other hand, agreed with the ministry that the videographer shared equal responsibility as the main culprit for cheering on the perpetrator.

Some sections public were also concerned that the young men who were expelled will only continue to display negative behavior if measures are not taken to address whatever innate issues that fuelled their behavior in the first in instance.

However, the Ministry of Education made its position very clear regarding its no-nonsense approach to the issue of bullying.

Browne said that the Ministry of Education arrived at its decision after conducting an investigation and holding two separate meetings with the affected parties after which they implemented their zero-tolerance policy for bullying.

“We will send the unequivocal message that anybody who comes into any school and tries to be a danger to the rest of the school community, we are going to part ways with them. We will not allow students to wreak havoc and create fear in any school community,” he said.