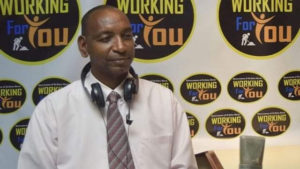 A prominent former Permanent Secretary in St. Kitts has been convicted for the indecent assault of a young woman.

According to the Royal St. Christopher and Nevis Police Force, Mr Stanley Knight, a former high school principal, teacher and coach was on Monday convicted by a 10 to 2 jury for the incident which happened on October 31,2018 at his government office upstairs The Cable Building.

The victim reported the matter to the Police on November 9, 2018