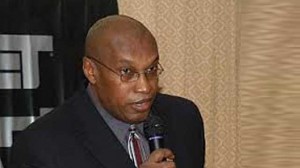 Clive Bacchus is the President of the St. Kitts Media Association (MAS). In a recent WINN FM forum Bacchus claimed that he had intervened in the Freedom FM Court matter and had asked the owner to apologize and retract the alleged defamatory statements complained about by Dr. Timothy Harris. Freedom FM wishes to point out to Clive Bacchus that Freedom FM did not issue any statement about Dr. Harris. The alleged statements were made by Prime Minister Dr. Douglas and Senator Nigel Carty at St. Kitts-Nevis Labour Party (SKNLP) public meetings in 2013 and carried by Freedom FM and other media houses. The SKNLP meeting in which senator Nigel Carty allegedly slandered Dr. Harris was not carried by this media house.

1. President Clive Bacchus seems to have come to the conclusion that Freedom FM has breached the laws and has not given us the benefit of the doubt, not given us our day in court.

2. President of the media workers on St. Kitts Nevis seems to have concluded that Freedom FM has offended Dr. Harris without hearing both sides.

3. On the matter of MAS intervention asking Freedom FM to apologize, Freedom FM has said nothing so what does he want us to retract. It was a public meeting we carried live Mr. Bacchus, just a s WINN FM carries public meetings. If the president had fully informed himself, he would realize Dr. Harris is not accusing Freedom of making any statement, but of carrying the meeting in which he was allegedly slandered.

4. On the matter of intervention we must ask ourselves on whose behalf is Bacchus intervening- certainly not Freedom FM.

5. President Bacchus said things were challenged and repeated over and over again, we wish to state categorically that Freedom FM did not repeat the alleged broadcast in any form or fashion. But this statement emanating from Bacchus shows his clear bias and disregard for the truth. What are these statements the President said Freedom repeated over and over- produce the evidence Mr. Bacchus. Again this misinformation shows the biased view held by the President of MAS against Freedom FM.

6. The President said he spoke to Freedom and other people. So why is this the first time we are hearing about this. Where is the report? Make it public, Sir.

Was Clive Bacchus appointed as President of MAS to quietly intervene behind the scene to reveal his bias and partisanship? Mr. Bacchus knows that as part of our mandate to provide responsible journalism, we carry both sides and should no be chastised for doing this.