Home / National / Powell Clarifies: No Order To Repay Any Funds

Powell Clarifies: No Order To Repay Any Funds 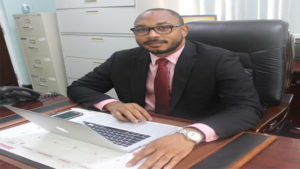 PAM candidate attorney at law Jonel Powell is clearing the air about reports that the court ordered himself and law partner Government Minister Lindsay Grant to repay a client US$460,000.

In a December 2017 claim against the attorneys, Tanzania Tobing Tanzil accused them of failing to account for the sum of US$460,000 which was transferred to their bank account around May 2013 for the purpose of purchasing a condominium unit under the Citizenship By Investment Program, and securing title to the property.

“There is no court order ordering us to pay and funds at all and there’s no court order that speaks to misappropriation of any funds in respect of us. As a matter of fact, paragraph 27 of the very same judgment says it was clear that the court was satisfied that the claimant was not entitled to the order requiring the return to him of the sum of US $460,000.”

Attorney Marcella Liburd, St. Kitts Nevis Labour Party MP for the seat Powell is contesting, pointed out that according to the judgment, no order was made to repay the funds because the money had been returned prior to the client’s claim coming before the court. She explained however that the default judgment does include orders relating to misappropriation of client’s funds and breach of trust. The MP said it is because of the orders against Grant and Powell relating to breach of trust and misappropriation of funds why the court will assess damages to be paid to the client.

“At line 7 of paragraph 26 it reads “the essence of the Defense is that the defendants had been actively trying to pay over the funds to the vendor and claimant and that while there was a delay in the completion of the transaction, all delays were resolved and all payments required under the agreements were made and the claimant was in a position to close the transaction prior to the filing of the claim.

“Based on the defense, while the defendants have shown that the claimant is not entitled to the order requiring the return to him of US $460,000 they have not show they have a real prospect of successfully defending the other aspects of the claim”.

“I understand that Jonel Powell says that there are no orders; I guess in trying to show that the judgment was probably insignificant. It is not true that there are no orders in the judgment. In fact the court made 6 judgments including- the application to set aside the default judgment is hereby refused; and a hearing for the assessment of damages shall take place Dec 12, 2019- what will the court be assessing for? It will be assessing damages for breach of duty, breach of trust, failing to account and misappropriation of the client’s funds.

“And for [Premier] Mark Brantley to make it appear as if the judgment is somehow significant that it’s just about filing late, is clearly to mislead the people of this country. It is a very serious judgment that confirms the default judgment of Oct 9, 2018 against the defendants for breach of fiduciary duty, breach of trust, failing to account and misappropriation of the client’s funds. This is a very serious matter.”

The legal Firm of Grant Powell and company had issued a statement Wednesday denying any wrong doing in the matter on the part of its senior partners Messieurs Grant and Powell, and signaled their intention to appeal the judgment.