Home / Regional / Popcaan is king of the MOBOs

Popcaan is king of the MOBOs 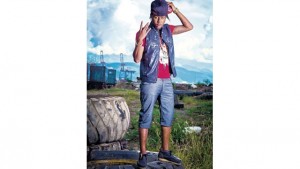 After securing four nominations in as many years, deejay Popcaan finally won the MOBO Award for Best Reggae Act. The event took place on Wednesday night at the Leeds First Direct Arena, in west England.

Popcaan, who was not present, won over Chronixx, London-based dancehall artiste Stylo G, singjay Protoje and Omi, whose Cheerleader topped the British national chart in 2015.

Popcaan is making waves locally with songs including Way Up and Weed is My Best Friend. He has a strong following among dancehall fans in the United Kingdom, thanks to several well-received songs.

In 2010, he had an underground hit there with Clarks, done with his mentor, Vybz Kartel and Gaza Slim. Last year, he scored his first and only British top 10 hit when he teamed with British singer Melissa Steel on Kisses For Breakfast.