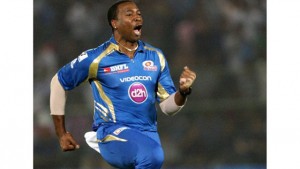 PORT OF SPAIN, Trinidad (CMC) – Kieron Pollard has been appointed the new captain of the West Indies one-day and Twenty20 teams.

The announcement was made Monday at a Cricket West Indies media conference here.

The 32-year-old Trinidadian replaces Jason Holder who previously led the one-day unit, and takes over from Carlos Brathwaite in the shortest format.

Pollard, largely a T20 specialist, averages 25 from 101 One-Day Internationals with three centuries but has not represented West Indies in the format in nearly three years.

In T20s, Pollard has played 62 matches with an average of 21 with three fifties.