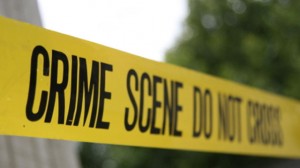 A significant increase in all forms of sexual offences, robberies, malicious damage, thefts and wounding, in 2014, led to Antigua & Barbuda recording a higher crime rate than it did the previous year.

This information was contained in the recently released police crime report, which also showed decreases in some types of offences. Lawmen said the spike in the aforementioned areas resulted in the 5.6 per cent increase in overall crime for 2014 over 2013.

In response to the increases, police spokesman Sergeant Frankie Thomas said the Royal Police Force of Antigua & Barbuda (RPFAB) will be taking a different approach to prevent and solve crime because “as time goes by and there are different trends in crime, (police) have to go back to the drawing board and redouble their efforts.”

He said the police recognised that crime was increasing since around mid-year and they changed their strategies to address it.