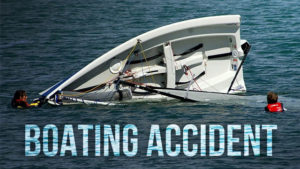 Investigations so far have revealed that a dinghy, which had two occupants, and the MV Caribbean Explorer II collided in the Potato Bay area. The St. Kitts and Nevis Coast Guard was called and responded. Austin Edwards, a native of Ohio, U.S.A. who resides in St. Kitts, was taken to the JNF Hospital by members of the Emergency Medical Service. He is warded in a stable condition. Timothy Doran of New York experienced difficulties at sea and drowned. He was pronounced dead by the District Medical Doctor. Both men were in the dinghy. The occupants of the MV Caribbean Explorer II were unharmed.

Police investigations into the matter are ongoing. The Maritime Affairs Department will also carry out an investigation into the incident.