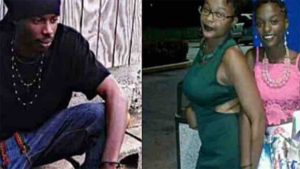 Orvis Pogson was On 6th July 2022, convicted by a unanimous jury for the double murder of sisters Naomi Finch (19 years) and 20 yrs old Jimmyliah Finch, which took place on March 1st, 2018.

After the jury returned a unanimous guilty verdict on 1 and 2 (murder) His Lordship Justice Morley ordered a presentence report and victim impact statement in preparation for his sentence on 10/10/2022.

On April 12th, 2022 Pogson pleaded guilty to manslaughter (diminished responsibility). Still, the Director of Public Prosecutions did not accept the guilty plea of manslaughter and the matter proceeded to trial, where he was convicted of the double murder.

the double murder that sent shock waves in the small village of Keys and spurred widespread condemnation on social media and radio talk shows.

According to police, the post-mortem examinations conducted by Forensic Pathologist, Dr. Valery Alexandrov yesterday (Monday 5th March) have determined that the death of 19-year-old Naomi Finch was due to the “homicidal manual strangulation while her sister, 20-year-old Jimmyliah Finch died from multiple homicidal chop wounds with partial decapitation.”

Both were buried on March 16, 2018. Jimmyliah, who was a soldier in the St. Kitts-Nevis Defence Force was given military honors.

Pogson was the boyfriend of the younger sister.