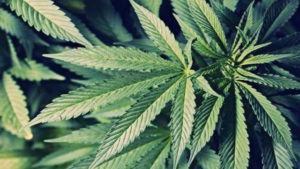 Prime Minister Dickon Mitchell says Grenada is yet to identify a niche market for cannabis and is currently awaiting the recommendations of the Commission on Cannabis Legalisation and Regulation which is tasked with undertaking a complete assessment of the pros and cons of legalizing the plant.

The Commission is chaired by Rolanda McQueen and includes people with expertise in law, medicine, religion, business, and youth development. They began meeting in September last year and are expected to complete the assessment and present findings and recommendations no later than August this year.

“We have not identified a niche market as yet, that is why we have set up a Commission or a committee to really do the heavy lifting to really guide us to where we really want to go,” Prime Minister Mitchell said in an interview on the Grenada Broadcasting Network (GBN).

“Like I said it’s really about medicinal marijuana or commercial uses of marijuana. Having said that, we also recognize as well that it’s a misallocation of resources to criminalize a plant that has the levels of commercial and medicinal uses that I think everyone has accepted it has,” he said in his first media interview for 2023.

The Mitchell administration which came to power in June last year on a promise to legalize marijuana recently confirmed that legalization will be for medical use only. Mitchell told viewers that the intention is for a regulated system where law enforcement is not arresting and charging people for the personal use of cannabis.

“We don’t want to keep on wasting state resources arresting people for a spliff and that sought of things, you know it makes no sense and the police are better off doing proper policing rather than chasing someone for a spliff and so on,” he said.

“At the same time, we don’t want to send the message that this carte blanche and develop a situation where anyone can grow and consume marijuana as they wish, that is not the intent, alcohol is regulated, cigarettes are regulated and similarly the marijuana industry will be regulated.

“So, the intent is to have a regulated industry, a licensing system but also some restorative justice because at the end of the day, we have to look at those persons who persisted over the years in trying to frankly educate us properly about the plant and in this part of the world it’s the Rastafarian community,” Mitchell said.

“So, special regards will have to be paid to them and I call it reparative justice with regards to how we have treated with what has happened, these were people who have been criminalized for simple possession of marijuana and all of that, so there are some social work, some justice, some legal work there that have to go towards that as well,” said Mitchell, who is also the Minister for National Security.

He said that his administration will ensure the protection of the population, in particular, the Rastafarians in terms of the wider financial benefits that will be gained from legalizing marijuana for medicinal purposes.

“It is big business and if we don’t craft a home grown solution and we simply open up, then what will happen, people with money are going to come, they will probably acquire lands and probably out plant and out produce our local people and so we want to make sure that production in particular stays in the hands of Grenadians,” he said.