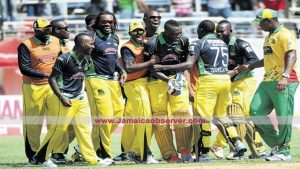 GEORGETOWN, Guyana (CMC) – Two-time finalists Guyana Amazon Warriors will not be lulled into a false sense of security despite winning both of their opening games in the Hero Caribbean Premier League.

Amazon Warriors opened their campaign with a four-wicket victory over St Kitts and Nevis Patriots in Basseterre and followed up with an impressive six-wicket win over title-holders Trinbago Knight Riders in Port of Spain last weekend.

“We’ve only played two games, there are eight games to go so we’re not sitting easy and relaxed,” all-rounder Sohail Tanvir said. Amazon Warriors are alongside Jamaica Tallawahs on four points as the only two unbeaten teams, but lie second by virtue of an inferior net run rate.

However, they head into their home leg of the tournament which will see them clashing with Tallawahs tonight in their first game at the National Stadium here. The Tallawahs opened with away wins over St Kitts & Nevis Patriots and Trinbago Knight Riders.

Tanvir said the hosts would be hoping for the massive support which was usually forthcoming from the home fans. “The Guyana crowd is always big. This will be my first time playing there for the Amazon Warriors team, but I’ve played against them and I still remember back in 2014 in my first season of CPL the jam-packed crowd,” the Pakistani said.

“I think that the reason why we signed three spinners is because you know the Guyana pitch plays slow and helps the spinners,” he pointed out. The CPL started June 29 and runs until August 7.