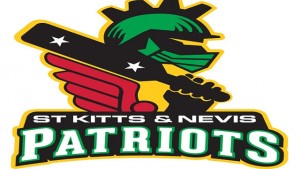 Playing at Warner Park, Patriots piled up an intimidating 199 for five off their 20 overs with Man-of-the-Match Evin Lewis stroking 82, and then bundled Tallawahs out for a paltry 80 off 16 overs, to seal the biggest win of this year’s competition.

The bowing effort was engineered mainly by South African left-arm spinner, Tabraiz Shamsi, who picked up four for 23, while new ball bowler Sheldon Cottrell was equally brilliant up front with three for 15.

Veteran Pakistani leg-spinner Shahid Afridi chimed in with two for 10.

Australian Chris Lynn top-scored with 20, but was the only batsman to get into the 20s and only one of three to reach double figures.

The victory pushed Patriots to their second win in five outings but more importantly, up to third in the standings with four points.

Sent in, Patriots were off to a flyer as Lewis and New Zealander Martin Guptill, who scored 35 from 25 balls, posted 71 off 46 balls for the first wicket.

The left-handed Lewis struck the ball sweetly, counting six fours and six sixes, in an innings lasting a mere 45 deliveries.

His first 10 balls yielded just 10 runs but when he teed off in the fifth over with a six over mid-wicket and a four through cover off pacer Jerome Taylor, he never looked back.

Guptill struck two fours and two sixes before falling lbw to seamer Rusty Theron in the eighth over, but Lewis and Captain Marlon Samuels added a further 72 for the second wicket to keep the innings bouncing along nicely.

Samuels never found fluency, however, and he managed 19 from 18 balls before he was caught at the wicket off pacer Andre Russell in the 15th over at 143 for two.

Lewis followed four balls later with just one run added via the run out route, but Carlos Brathwaite cleared the ropes at long off and then at long on, inside the first three balls he faced, to ensure Patriots remained on top.

Needing to score at 10 an over in their run chase, Tallawahs never really got going. Their talisman and captain Chris Gayle perished early for eight, spectacularly bowled through the gate by Cottrell, missing a huge swing in the second over.

Cottrell struck again in his next over, the fourth of the innings, as Chadwick Walton holed out in the deep for eight at 18 for two and Tallawahs slid even further when Mahela Jayawardene gambled on a second run on a fumble in the outfield, and failed to beat Guptill’s throw to the keeper.

Rocking at 43 for four in the eighth over, Tallawahs suffered a rapid collapse as their next seven wickets fell for just 37 runs in the space of 53 deliveries.

Lynn struck two fours and a six in his run-a-ball knock before edging Cottrell behind in the ninth over and Shamsi then went to work on the innings, bamboozling and bowling Horace Miller for two in the 10th over before dismantling the lower order with his magic.