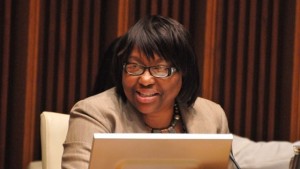 WASHINGTON, DC, USA (CMC) — The Pan American health Organisation (PAHO) has called on Caribbean governments to “invest” in nurses to improve their avialability, distribution and roles.

The global body, in launching the “Strategic Directions for Nursing in the Region of the Americas” noted that nursing staff represent the largest health workforce, accounting for more than 50 per cent of health workers.

“Despite this, however, the lack of nurses in most countries in the region compromises the global goal of achieving health for all by 2030,” PAHO said.

PAHO director, Dr Carissa F Etienne, underscored that “in many parts of the world nursing professionals are the first, and sometimes only, human resource in contact with patients”.

She added that “investing in nursing enables advancing towards access and universal health coverage, which will have a profound effect on global health and well-being”.

The report said there is an important gap in the availability of and access to human resources for health, “of which nurses are an important part”.

It added that there is also a current deficit of 800,000 health workers in the region, including nursing staff.

“… Mobility and migration, poor distribution, lack of regulation, insufficient incentives and professional advancement, lack of higher education and inadequate working environments all increase the problems related to human resources for health all over the world.”

To address the migration of nursing personnel, the report said it is necessary to invest in human resource retention strategies, particularly in low-income countries and Small Island Developing States (SIDS).

The report said, too, that the density of nursing staff, which includes licensed nurses, technicians and assistants, varies from country to country, and is generally low in the region.

While in the United States and Canada, there are more than 111 and 106 nurses per 10,000 inhabitants, respectively, in Haiti, Honduras and the Dominican Republic, there are less than four.

PAHO says there are also variations in the number of nurses per doctor depending on the country.

According to the report, avoiding a deficit of nursing professionals requires the development of national strategies for the training of new professionals, as well as adequate retention policies, investment in the workforce and promotion of professional autonomy.

“Only with an adequate number of motivated and well-distributed professionals with technical and scientific skills, will countries be able to achieve universal health coverage and access, as well as the SDGs (United Nations’ Sustainable Development Goals),” said Silvia Cassiani, PAHO’s regional advisor on nursing and health technicians.

The report also recommended expanding and regulating the role of licensed nurses in the first level of care to improve access and care in areas with a limited number of physicians.

In addition, the report has advocated for the better distribution of personnel in remote and rural areas; an increase in incentives for interprofessional practice, and an increase in the number of accredited training programmes, particularly given that, in most countries, there are few nursing schools and graduate programmes.

PAHO said the report, which was presented in the framework of the International Day of Nursing, is “the product of an extensive consultation process and evidence analysis”

The report also addressed issues such as leadership, working conditions and the capacities, educative and distribution of personnel.