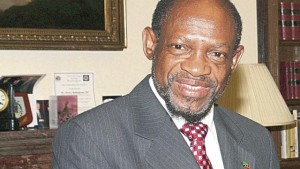 Political Leader of the opposition St. Kitts-Nevis Labour Party (SKNLP), the Rt. Hon. Dr. Denzil L. Douglas said Wednesday that tackling and curbing crime will be at the top of the agenda of a new Labour Government when it is returned to office.

Dr. Douglas also called for a new crime plan and strategy in the face of an escalating crime wave.

“The St. Kitts-Nevis Labour Party has always insisted that crime is a matter that requires the involvement of all stakeholders. Whether it is government, Opposition, private sector, civil society, the media, parents, teachers, or ordinary citizens, we all must engage in a national discussion that would coalesce our varied viewpoints around one single core objective – how do we cut crime and take preventative measures to curb criminality to ensure that offenses do not take place in the first instance,” said Dr. Douglas, who is also the Leader of the Opposition in the St. Kitts and Nevis National Assembly.

Noting that there have been 19 murders for the year and several attempted murders, Dr. Douglas said that the present rate, “our nation faces the alarming possibility that 2018 will be one of the bloodiest and crime-riddled years in the history of St. Kitts and Nevis.”

“This cannot be allowed to happen. The time has come to break out of the sterile debates and to take bold, unprecedented and decisive action to effectively CUT crime. When our criminals are getting bolder by the day, with senior police sergeants being brutally cut down and armed robbery is taking place within public view for all to see, without any fear, we must all admit that something is desperately wrong. When criminals can turn on a brother who was born and raised in the community, go to school with that person, interact with his family and friends and yet be so spiritually deficient as to turn on that brother and savagely take his life with no regard for the impact on him, his children, his family, his community and his nation, this shows that our society and the cultural fabric that binds us together is broken. It tells us that we have lost as a nation the sense of social cohesion and brotherly love that have for so long been a part of the ethos of our great Federation,” said Dr. Douglas.

He called for a new crime plan and strategy that “must be tough because the foundation of effective criminal justice is personal responsibility. Committing a crime is always a choice and the primary, proper response to crime is not to give explanations, or excuses, it is punishment – swift, proportionate, effective and deterrent punishment.

“It must be understood by all and sundry that if you commit a crime there will be drastic consequences. The crime strategy must also be intelligent. We know that given the multidimensional dimensional nature of crime, any public policy on crime must be holistic, coherent and coordinated across all institutions in the criminal justice system from policing, to the courts, to the prisons. It must empower the police and it must empower the people. It must punish and it must rehabilitate,” said the former prime minister.

St. Kitts and Nevis has recorded 19 murders to date as well as several attempted murders, armed robberies and home invasions.